Postindustrialization today belongs to the most important criteria of national economic competitiveness and a factor which directly determines country’s positioning in the world economy and international labor distribution. Under the conditions of resource potential limitedness of industrial development as such, this makes extremely actual the search for new principles and new mechanisms for accelerated postindustrial modernization.

In this paper we carry out the analysis of postindustrialization as a socioeconomic phenomenon in order to reveal the fundamental causes of its origin and the whole wide spectrum of its consequences which are supposed to transform the global economic system. We also plan to present the conceptual grounds of infrastructural and institutional provision for postindustrial modernization viewed here as a large-scale reform of a socioeconomic system of a country under the intellectualization of production relations initiated and fully supported by the state.

candidate of philosophy science (since 2007) and senior lecturer in humanitarian faculty in Rostov State Transport University, Rostov-on-Don, Russia. Her scientific interests include problems of cultural transformations of the modern society, economic and innovative aspects of tourism and hospitality, the economic problems of the regions of Russia. Were published more than 38 scientific and methodical works, monographs, teaching and training; participated in international conferences, including in Russia, Malaysia, Indonesia, Thailand, Philippines, International Congress on tourism and hospitality ("Greek forum").

Chernyakov, B.A. (2001). Role and place of the largest agricultural enterprises in the agrarian sector of the United States. Economics of agricultural and processing enterprises. N 5.

Grinin, L., Korotaev, A. (2010). The Global Crisis in Retrospect: A Brief History of Rises and Crises: from Lycurgus to Alan Greenspan. Moscow: Librocom.

Ivanov, D. (2004). The Society as a Virtual Reality. The Information Society. Moscow, AST.

Medvedev, V. (2009). Before the challenges of post-industrialism. Moscow: Alpina Pablisher.

Pereslegin, S. (2006). Self-instruction of game on the world chess board. Moscow: AST. 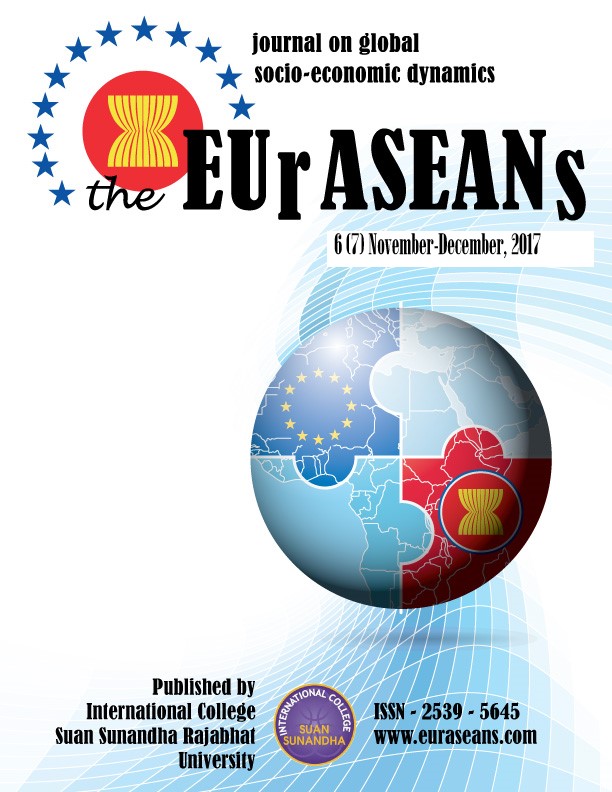 Papers' submission for 40th issue of "The EUrASEANs" is open!