DIFFERENTIATION OF SOCIO-ECONOMICAL ENVIRONMENT AS FACTORS OF REGIONAL DEVELOPMENT (THE CASE STUDY OF MURMANSK REGION, RUSSIA)

The inequality of the socio-economic space of the regions is a significant problem for the management of the regional development of any country. The objective nature of the issue of unequal socio-economic development, the lack of unified regulation approaches and methods determine not only the practical meaning but also the scientific interest in considering the specific manifestation of this problem on particular objects. The paper illustrates the problem of differentiation in the socio-economic space of one Russian region by the data on the Murmansk region, the subject of the Russian Arctic zone. To analyze the situation the authors used integrated assessments, the relative strength index for each of the assessment indicators, and the Gini index. The authors have revealed the specifics in unequal socio-economic development of the Murmansk region and the stable trends on the basis of which have developed recommendations for managing the regional social and economic development.

is a doctor of economical sciences (since 2010), professor of economy and management chair of Staryy Oskol technological institute research technical university «MISIS» The developer of a considerable quantity of branches of learning for universities, the author of 7 textbooks and manuals for universities with UMO classification.  The founder and head of business school, based on Staryy Oskol technological institute research technical university «MISIS». The winner of the best scientific book competitions, organized by the fund of domestic education development in 2007, 2008, 2010, 2011; the expert of institute of a sustainable development of the Russian Federation public chamber. The member of editorial boards of three federal journals in Russia and Thailand. Her scientific interests are: planning and forecasting, social and economic development, nature management economy, regional economy, national economy branch, entrepreneurship, business processes. Since 2000 she has published more than 200 articles in Russian federal and international journals including 11 Scopus and web of science articles

Tatiana Skufina, Institute of Economic Problems of the Kola Science Centre of the Russian Academy of Sciences, Apatity

is a doctor of economical sciences (since 2007), professor (since 2013), director of the Luzin institute of economic studies of the Kola science centre, Russian academy of sciences. Her scientific interests are: public administration, regional economy, economic and mathematical modeling. The author of more than 250 articles in Russian federal and international journals, 25 monographs, 3 textbooks for universities. Expert of the Russian academy of sciences, member of the expert council on regional competitions of Russian foundation for basic research department of humanities and social sciences (economics section), expert of the Russian science foundation, member of the economic council under the governor of the Murmansk region, member of the public council under the ministry of economic development of the Murmansk region

is a candidate of philological sciences (since 2007), associate professor of philology department in Belgorod state research university (Staryy Oskol branch); the developer of a considerable quantity of branches of learning for universities; the author of 11 tutorials. His scientific interests are sociolinguistics, ethnolinguistics and cognitive linguistics. Since 2002 he has published more than 50 articles in Russian federal and international journals including 2 Scopus articles; participated in 45 international scientific-practical conferences

Baranov, S., Skufina T, 2015. Comparative dynamics of economic growth and inter-regional differentiation of the territory of the Russian North. Questions of statistics, 11, 69-77.

Leonardi, R., 2005. Have Regions Converged? Sigma and Beta Convergence in Objective 1 and Other EU Regions between 1988 and 1999. Cohesion Policy in the European Union. Palgrave Macmillan UK, 89-106.

Skufina, T.P., Baranov, S.V., Samarina, V.P., 2016. Dependency between economic development of the Russian regions and their level of informatization. Actual Problems of Economics, 7, 485-493. 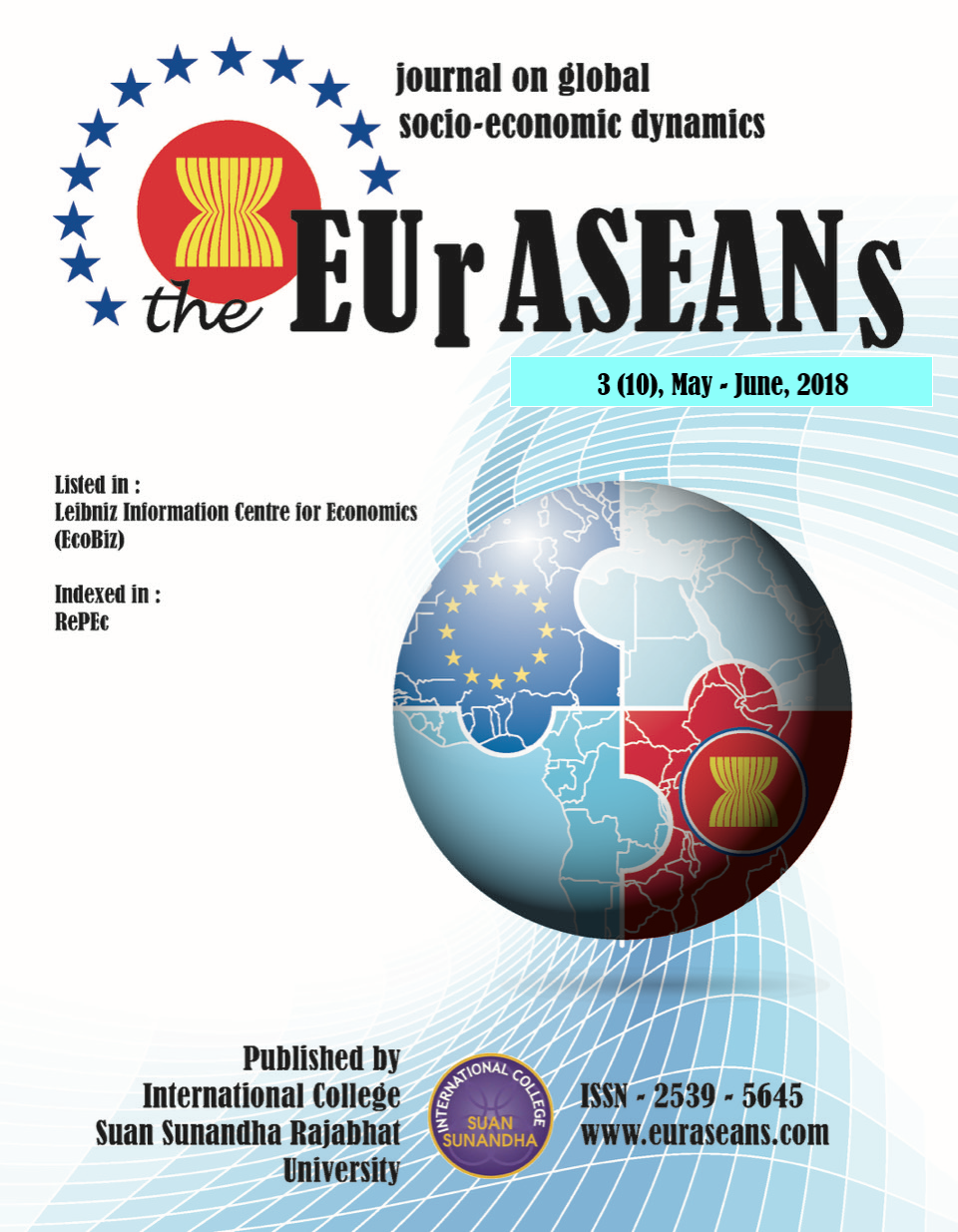 Papers' submission for 37th issue of "The EUrASEANs" is open!